Thirty minutes after awakening from a good night’s sleep, cortisol levels are at the highest they’ll be all day. Following the morning peak, cortisol levels then fall to less than half that peak level by noon. They continue to drop to very low levels at night where they stay low during the sleep hours. Some individuals have a sharp rise to reach morning levels, others a more gradual incline.

Looking at cortisol levels graphed during the day, any abnormal elevation, or depression of levels, or a loss of the expected curve with its characteristic morning peak and swooping decline towards evening may suggest HPA axis dysfunction – which is what we’re most interested in assessing when we’re looking at a 4-point salivary cortisol test.

Looking at the circadian curve of saliva cortisol levels plotted against time of day can give us some useful information about the body’s response to chronic stress and the ultimate downregulation of pituitary ACTH, but an altered diurnal curve in saliva could also be due to more acute stressors.

Some examples of things that affect the circadian cortisol curve include:

We expect onslaughts to the HPA axis to yield predictable results – the highs and lows following each challenge should tell us the HPA axis is functioning properly. In the face of severe chronic stress, we expect to see high cortisol levels throughout the day. When we see normal or low cortisol levels instead, we suspect HPA axis dysfunction.

We do our best to put together an individual’s symptoms with what the 4-point diurnal curve is telling us to help guide treatment decisions. But sometimes it just doesn’t add up and we need more information. What if you could add several more saliva collections to see how cortisol is changing in the first hour or so upon awakening?

How can we assess the response capacity of the HPA axis? We have a built-in mechanism governed by the hippocampus and the light-sensitive suprachiasmatic nucleus of the hypothalamus wherein cortisol levels show a temporary boost between the moment of waking and 30 or so minutes after rising, returning to the initial waking level at 60 minutes after waking. This transient rise in cortisol levels is unique to the stimulus of morning waking. It doesn’t happen when we are woken from sleep in the middle of the night or after we take an afternoon nap. It happens in the first hour or so after waking up, and it’s called the Cortisol Awakening Response (CAR). The magnitude of the CAR gives us some idea of the HPA axis’s ability to activate and respond to the magnitude of all the stressors (normal physiological stress, self-perceived emotional stress, physical stress, etc.) that face us as we awaken and begin the day. CAR gives us additional clues to pin down the reason for a hyperactive or hypoactive HPA axis.

So, what is a NORMAL CAR response? On awakening cortisol should increase about 50% in the first 30 minutes then begin to progressively drop the remainder of the day. Three, rather than one, early morning collections are what is needed to accurately assess the CAR; one immediately on waking, one 30 minutes later, and another at 1 hour. The other three collections are done as usual – before lunch, dinner, and bedtime.

CAR gives us additional clues to pin down the reason for a hyperactive or hypoactive HPA axis.

Decreased CAR has been associated with the following conditions1,2:

Increased CAR is associated with the following conditions:

CAR Use in Monitoring Therapy

Simple to collect, all in all, the CAR could be a very useful addition to a salivary diurnal cortisol test.

CAR may even be applicable in monitoring the efficacy of drug therapies used to treat these diseases. A recent study on the effects of the SSRI paroxetine on salivary cortisol in major depressive disorder reported a “robust CAR increase especially when patients became remitters versus no change in non-remitters during paroxetine treatment,” so CAR may additionally be used to assess clinical response to antidepressant therapy.3 Given the results of this study, it makes sense that CAR could be a powerful marker to monitor during treatment of a dysfunctional HPA axis.

Problems with the CAR

As with anything that potentially gives us more information, interpretation can be tricky. Most people (about 75%) have a normal CAR and the remaining 25% do not. Different types of stressors affect CAR in different ways – chronic stress as opposed to acute, perceived, or social stress, or work overload, for instance.

Additionally, many normal things can affect the CAR. For example collecting saliva on a less stressful non-work day very likely will yield a lower CAR. Finally, and perhaps most importantly, those individuals who have great difficulty conjuring the 1 mL volume of saliva required for the test may run into problems appreciating the CAR, because a single waking sample collected over a 15 or 30-minute time frame would actually represent more of an average. Comparing average waking cortisol within the first 5 minutes with a 2nd measure at 30 minutes and a third at 60 min could result in underestimation of CAR and compromise the usefulness of this test.

From a laboratory perspective, the sampling required to determine the CAR is rather simple. It requires a saliva collection of about 1 mL without bubbles upon morning waking within the first 5 minutes, a second sample also of 1 mL without bubbles at 30 minutes, and a third sample at 60 minutes. Samples should be collected as quickly as possible (within a 5-minute time frame). The rest of the diurnal rhythm can be assessed at the normal time intervals (noon, evening and night), making a total of 6 collection tubes.

Alternatively, when using a 4-tube collection, collect samples on waking, waking + 30 min, noon or evening, and night. For assessing CAR most accurately remember we’re looking for the delta from morning waking to + 30 min and then + 60 min.

When monitoring the CAR in patients with conditions correlated with prolonged CARs, it may make sense to observe free cortisol at an additional time point 60 minutes after waking.

The ZRT report always provides cortisol levels both numerically and graphically with results plotted against time of collection. Simple to collect, all in all, the CAR could be a very useful addition to a salivary diurnal cortisol test. The only thing left is to order some extra vials! 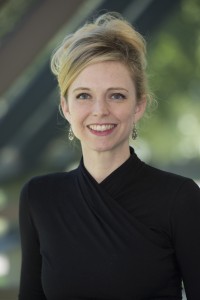 Dr. Allison Smith worked in private practice focused on primary care and women’s health after completing her naturopathic degree at the National College of Naturopathic Medicine in Portland OR. Now part of ZRT’s clinical team, her focus has shifted to sharing integrative approaches to health and dissecting tough cases.