Listen to/watch the recording below, find the Q&A transcription below the video link and download the slides by clicking here! 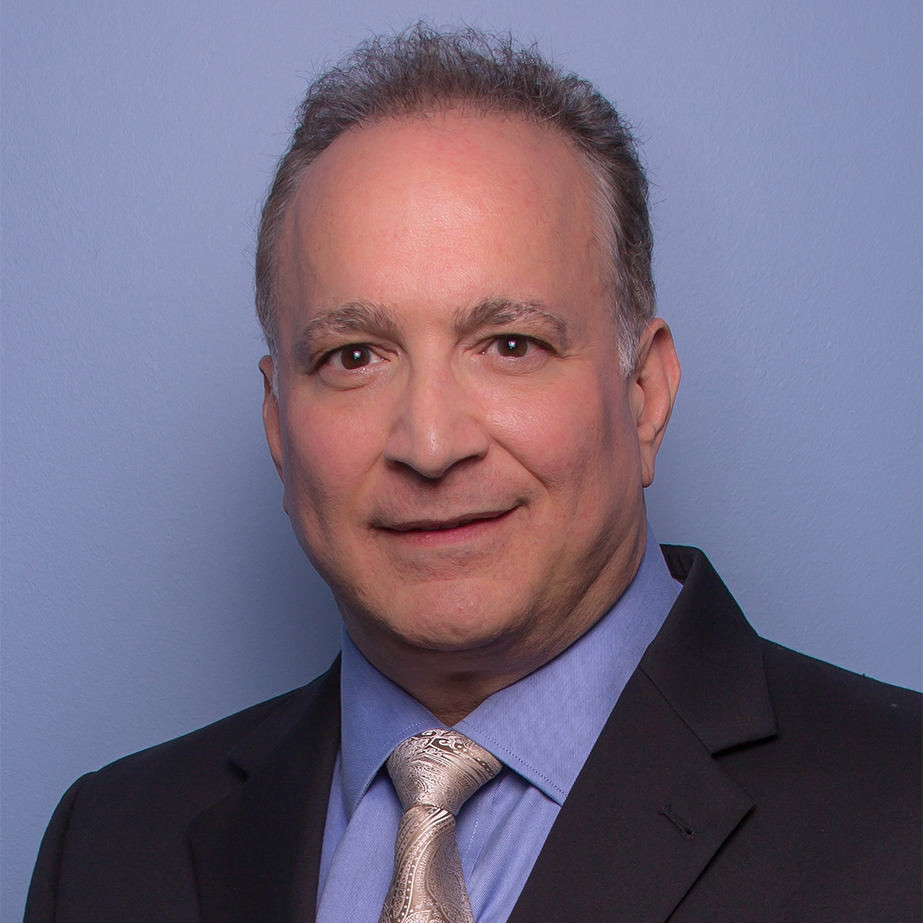 James Mirabile, MD, FACOG, is a board-certified Gynecologist and serves as Medical Director at SottoPelle. He is well respected among patients and colleagues in the Kansas City metro area for his work in obstetrics, gynecology, bio-identical hormone therapy, medical cosmetics and medical weight loss.

Dr. Mirabile began providing obstetrics and gynecology in 1992. He has built a reputation of providing a professional, friendly atmosphere. After delivering over 7,500 babies, Dr. Mirabile stopped Obstetrics and now concentrates his areas of expertise in Gynecology including minimally invasive gynecological treatment and bio-identical hormone therapy to treat peri-menopausal and menopausal women. In 2012, Dr. Mirabile’s team began offering bio-identical hormone replacement therapy to men who are suffering from low testosterone and andropause. To learn more about SottoPelle, visit the website here.

Q&A from the webinar:

I have a woman who was taking testosterone, who stopped because of hair loss. My experience is that women tend to grow hair. What are your thoughts? She was using troches.

The use of spironolactone, a safe drug that is a diuretic and used cosmetically in patients, blocks the action of testosterone to dihydrotestosterone at the skin level. 50mg twice per day or 100mg in the morning will effectively reverse oily skin and/or acne. Monitor levels and put this patient on spironolactone. They will love you for it!

How do you dose your starting testosterone dose for men and women? We hear 6-10 mg of testosterone per lb and 0.6-1 mg for ladies.

I dose using the SottoPelle method. I simply turn on the computer and input their height, weight, symptoms and medical issues, then hit the enter button. The system tells me how many mg to give. I would rather use the thousands of numbers entered in the dosing calculator.

Do you utilize Progesterone in men?

Some people are using it for the anti-anxiety and sleep effect. Men make progesterone just like women do, just not in the same amounts, so it can be beneficial. I would use lower dosages, maybe start with a natural cream, such as 50 mg at night and see how they do. Traditionally I don’t, but I’ve just started because so many people have been asking about it.

Is there a sublingual bio-identical testosterone?

You can get anything made by a compounding pharmacy. I recently had a patient who wanted a sublingual estrogen with testosterone, but didn’t want the testosterone on a daily basis (which I didn’t recommend). They make sublingual and they make troches, which are not sublingual, which are put up between the teeth and cheeks. You do not want to put a sublingual there because it will drain. You will only see a 6% delivery there.

Hormones naturally are cyclical, so having constant release doesn’t cause problems?

Exactly, they’re cyclical. Unfortunately, women have to cycle, which naturally makes some women feel good for a few weeks of the month and yucky during the other weeks of the month. If we can do away with the cycling, it’s great.

Now, some people I will have them cycle. If somebody comes and they’re having problems with severe irregular bleeding and everything turns out ok as far as biopsy and ultrasound, I will cycle people. I’ll have them take it the first 14 days of the month and lay off of it the rest. There is no set rule with patients. I’ll have them do a lower dose of progesterone every evening but there is no reason to make them cycle and still live three weeks of feeling good and one week of not feeling good. They get a continuous dosage throughout the month. Not only one month, but for the women, 3 to 4 months and for men, 6 months.

Re elevated hgb on testosterone, why is this occurring and should I be concerned?

Increases in hemoglobin is a side-effect of excess testosterone. If they have a history of elevated hgb, I’ll watch it more frequently like every 6 months, but generally just during a yearly exam.

What tips can you offer for the Insertions in patients with very little Subcutaneous fat?

I have yet to run into the issue with my female patients because I get a lot of guys that are very active, such as cyclers. There have been patients where I have had to place the pellets elsewhere; wherever there is enough fatty tissue. I’ve used the belly before, but with a guy you have to put so much in. Also, they must be deep enough, but not too deep into the muscle. Sometimes I’ll put half of the pellets on one side and half on the other. Splitting it up makes it a lot easier. I have used the abdomen, but switching them side to side and using both buttock cheeks gets it done.

What is the oldest patient you have started on HRT? Any things to be careful with or look out for when starting patients who are more senior?

One gentleman is 86 and one lady is 87. When starting people who are more senior, I use the dosing calculator but know that I may need to boost because they feel so good so quickly. There is nothing wrong with them coming back in a month. I may go down one dosage with pellet therapy so they don’t get too much, but I may offer a caution and tell them that in a month we are going to check the blood and if they aren’t right where they need to be we can give them a booster. I don’t want to give too much where I have to worry about them being too active or problems associated with it.

Do you see changes in liver enzymes?

Unfortunately, that could be a complication, but it’s rare to see. I had a patient recently who had been exposed to hepatitis and that’s why the elevation occurred. I’ve never see any horrible high elevations like that, but I’ve seen some generally elevated levels. I’ll simply just stop their next dosage and if it comes back down to normal, or get an ultrasound and make sure we’re not dealing with anything else, but you can see that in some people.

Are you seeing an 8% increase in bone density in women, men, or both?

The studies that I was quoting from back in 2002 showed 8% increase in women has been repeated. There have been no studies in men that I know of. Im sure that they would show the same or better, because we’re giving them back what made their bones strong in the first place. Men don’t get diagnosed as often or frequently as women do (with osteoporosis). We’re protected simply because we have a lot of testosterone until we start losing it.

How do you deal with patients who have pellets that are not fully dissolved and form nodules or a bump in the area 4 months after the Insertion?

They have been placed too superficial. They’re not being absorbed by blood vessels, so eventually they will dissolve but they may not be doing the patient any good because they’re not deep enough in the sub-q. If you can feel them, you’re not deep enough, so go a little bit deeper.

What about testosterone conversion to estrogen?

A percentage of it will, so I use Femara because it’s a generic and not anything expensive. I tell them to break a tablet in half and take it twice a month. Men need estrogen too, so keep their levels around 30 to 60. Otherwise, testosterone will metabolize down and can increase fatty tissue in men.

Where do we want testosterone levels?

We want men’s testosterone levels around 900 to 1100. There has never been a study to say what is normal for women. We like a level of 125 to 150 to do well with minimal side effects. Again, I give spironolactone at 100mg per day to prevent conversion at the skin level.

What is the name of the medication to block testosterone in men and what is the option for women.

In men, we don’t want to block testosterone, we want to block the conversion to estrogen. I don’t want the patient to come back in 3 months later with breast or fatty tissue. I give half a dose of Femara, the generic, half a tablet twice a month.

Is there a need to cycle progesterone to protect the endometrium.

You can cycle, but traditionally even with hormone therapies that we were taught how to prescribe, we use the atrophic regimen and by giving continuously in an atrophic regimen, they should not bleed. If they do, run everything and if there is no problem you can cycle them but you want that lining to be thin and if your hormones are in balance they will be.

I will first question the patient. Are they taking their progesterone every night? So many times, they’ll come in and may have had some spotting. Have you missed any dosages? They say, “Well yeah, maybe once a week I’ll forget.” That’s going to throw them off. But again, we live in a litigious world, so I’ll biopsy somebody if they continue to have spotting. Do a quick ultrasound to look at the uterine lining, making sure it’s not thick and you’re safe to proceed like that.

Does you insert both estrodiol and testosterone pellets in women if low in both?

Yes, definitely. Women get testosterone just like the guys. Of course, much less dosage and milligram than the guys do. They don’t need a lot. They just need to go back to where they really felt good.

Do the blood levels reach supraphysicologic levels with the pellets in men or women?

We don’t want them to, which is why our Sotto dosing calculator is so important. I’m not going to get really high levels. I get right into the range that I want. Again, some patients Ill err on the side of caution and in my older patients. If they’re 75 years old and this happens all the time, they’ll have never been on hormone therapy. Give them a little bit of testosterone and see how they feel. I wont give them a full dose according to the calculator. I’ll cut back to the next lower dose in order to save them any problems or side effects. I don’t want to give high supraphysiologic levels and with the calculator, you cant miss with it.

Why no slow release progesterone?

The beneficial effects of an instant release progesterone can be utilized as an anti-anxiety, relaxation and sleep hormone.  Prometrium is ok along with creams, gels and troches.  No progestins which are synthetic and a completely different molecule from the natural progesterone.

How often do you check CBC in patients on Pellets?

I check a baseline and annual CBC.

Can you please send the link for Joseph Collins’ book?

Here is a link to the book on Amazon.com.

Are there any special considerations for those on thyroid replacement or autoimmune thyroiditis?

They would not be dosed any differently than someone euthyroid.  Many compounding pharmacies can prepare a natural T3/T4 combination.

Where can I get trained on the procedure?  Who provides the hand-on class for pellet insertion procedure?

How do you test levels?

Watch this short video to see why Power2Practice is an essential tool for Integrative and Functional Medicine!