Webinar Recording: A Functional Approach to Hypothyroidism – Part 3 of 3 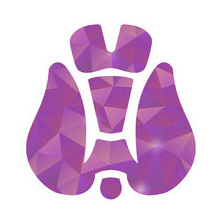 Webinar Recording: A Functional Approach to Hypothyroidism – Part 3 of 3

Listen to/watch the recording below and download the slides by clicking here!

In part 3 of this 3-part series, Jim Paoletti provided Functional Medicine hypothyroidism assessment and treatment strategies that you can bring into your practice and use immediately.

Jim Paoletti, BS Pharmacy, FAARFM, FIACP, is the Director of Education at Power2Practice and a Clinical Consultant with over 30 years of experience creating and using bio-identical hormone therapies in both retail pharmacy and clinical practice.

At Power2Practice, he applies his wealth of knowledge and experience by hosting live webinars and creating useful content, such as blogs, podcasts and clinical support tools.

Brought to You by Power2Practice — The first EMR, business development platform and advanced patient portal designed for Integrative, Anti-Aging and Functional Medicine practices.

Miss parts 1 and 2? Click the links below to watch!

I have a patient with all aspects of thyroid test normal except TPO that is elevated. What do you recommend as treatment for this elevated antibody?

The first thing I do for a patient with high antibodies is get the off of gluten. From my clinical experience, it’s the number one reason for high thyroid antibodies. TPO antibody is cross-sensitive to gluten antigen. If you’re sensitive to gluten, you’re going to fire up your TPO antigen. That’s number one.

In my book I have a one-page list of what to do with autoimmune problems. Check for heavy metal toxicity, get them on a good antioxidant, especially selenium and zinc, and in this case, since you have an autoimmune reaction going on, your other levels are skewed. We don’t know when you drew the blood, where the patient was at in their autoimmune issue.

Work on the cortisol if there are any issues at all, which affect thyroid function. Most of all, work on the autoimmune and get them off the gluten. Most patients will feel better in a week or two in terms of energy, but they have to be 100% off gluten for it to work. If that’s not enough, then they may have more than one food sensitivity.

In addition to getting them off gluten, I suggest a liver detox and heavy metal testing as well.

Can you just clarify again, what tests are valid (with what caveats) when a patient is on thyroid (T4) therapy?

It’s not so much which tests are valid and invalid based on the therapy. As far as invalid tests, don’t use uptake index. For your patient on T4 therapy (or any other therapy), you want to do a total T4, free T4 and free T3. Get rid of total T3 (since they are on therapy). On T4 therapy, you really want to check their levels 4-18 hours after last dose.

A patient states she has Hashimotos’s and yet when given low dose thyroid (T4 & T3), she resulted in palpitaion. What do you think is going on. Sorry- I don’t have any specifics other than above. Where would you recommend to begin?

With Hashimoto’s, you have an autoimmune reaction going on. Depending on how long she’s had it, we don’t know what her capability of producing her own thyroid hormone. But, if it’s decent and you’re giving her thyroid, the palpitations may be her body’s way of saying it doesn’t need thyroid.

In regards to low dose: in many cases I am starting people out at 10 mcg of T4 and 2.5 mcg T3 compound. I like to start low and don’t want to give them more than that—just a little boost.

The palpitations could be result of the autoimmune disorder, where the thyroid gland cells are being destroyed and releasing T4 on top of what you’re giving her, it could be too much and that’s why she is getting palpitations. Or, it could be just too much thyroid, period.

I suggest that you remove the thyroid and work on the autoimmune issue for a while. Give it a few weeks. Get her off the gluten and heavy metal test, and then go back and try just a little bit of T3 with her, not knowing how she is converting. I’d really have to see the specifics, so feel free to email those to me and I can make a better recommendation. In general with Hashimoto’s, get the autoimmune issue under control first.

In my previous lecture, we listed a number of them. There is a strong correlation with selenium, zinc and chromium. There are a number of vitamins, such as A, D, B, that have been suggested as possibly affecting that conversion of iodine. What I do is give a good multivitamin, which so many people aren’t on. I use a lot of Designs for Health twice daily and add selenium and zinc to it. Refer back to Part 2 (webinar link above) for more nutrition supports.

The top reasons for poor conversion are high cortisol (or previously high) and poor liver detox and nutritional factors.

Have you had any success reversing the orbital signs of Graves’ disease? IF so how?

I have seen patients reverse it to some degree by just getting off the gluten. It depends on how long they’ve had it. Remember, Grave’s and Hashimoto’s are the same disease state. If there is a significant release of T4 from destroyed thyroid cells, and there is a hyper-reaction, the test will show high levels and can be caught while in Grave’s. If not caught in a few years and it goes low, then it’s Hashimoto’s. Same difference. If you can keep those levels from going so high and stopping the autoimmune reaction, you can (in some cases) reverse the orbital signs, but probably not get it back to complete normal.

I see many patients with normal TPO and TG Ab results yet many experts say most cases of hypothyroidism are due to Hashi’s. Do you think many patients are simply seronegative?

I recently co-lectured with the Dr. Arem, the author of “The Thyroid Solution.” By palpation and ultrasound, he determined that there is a high number of patients with an autoimmune reaction that are shown by the antibodies. He gave percentages: 2-3% have antibodies that are high, and 15% in his opinion have autoimmune reactions going on. So I asked him after the lecture, “I have a normal range of 0-150 for an autoimmune response. Should it be 0-75?” He said, “Most certainly.” So its like the other ranges, and maybe it’s too wide? I agree with that because Ive had patients in normal range who come back at 62 (most patients are at 10, if anything, zero), which is higher than normal. When I retest a few months later, it’s much higher. I tell them to get off of gluten. When we retest after they’ve gone off gluten, the TPO much lower back to 10. I really think that there is a number of people having this reaction and the tests don’t show an autoimmune reaction because the range is too wide.

If you see a lot of symptoms that imply an autoimmune problem, have them go gluten free for at least a couple of weeks and see if there are any changes in how they feel.

How do you approach secondary hypothyroid labs? Replacement therapy?

Let me start by discussing when Thyroid replacement therapy is  needed — when the thyroid cannot produce enough thyroid hormone.  If it is due to depressed TSH due to high cortisol, address the adrenal function first. With an autoimmune thyroid issue, if enough destruction has occurred over time, ThRT may be needed.  As people age (over 50 yo)  and cannot produce an optimal amount then ThRT may be needed.

For all the other secondary hypothyroid issues including less than optimal production in individuals not included above, excessive binding, poor conversion, and less than optimal receptor response, each of these and treatment strategies were presented during the webcasts on A Functional Approach to Hypothyroidism, Parts I & II.  Or treatment considerations can be found n my book “A Practitioner’s Guide to Physiologic Bioidentical Hormone Balance”.

Watch this short video to see why Power2Practice is an essential tool for Integrative and Functional Medicine!