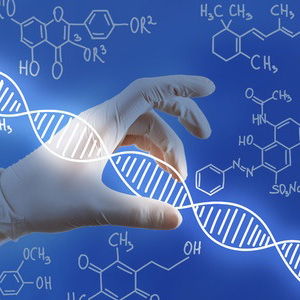 I was listening to a presentation on hormone replacement delivered to the public at a women’s health fair by an academia professor/MD. During the Q&A portion, one of the attendees asked about bio-identical hormones, and the doctor replied, “Well, let’s first separate the marketing from the science.”

Yes, we must make this separation—along with opinions based on unfair evaluations of the available literature.

ACOG, NAMS, The Endocrine Society and the FDA have offered their opinions, stating that there is no evidence showing that bioidentical hormones are any safer or more effective than conventional therapies. Either these so-called experts have blindfolds on, or perhaps they are limiting “scientific evidence” exclusively to studies sponsored by American drug manufacturers.

The FDA, acting on behalf of Big Pharma, recently made it difficult for patients to obtain estriol. Yet the literature shows estriol to be effective for the symptoms of menopause, and with no concerns for safety with over 60 years of use in the United States and other countries. The same cannot be said for Premarin©, Provera© or Prempro©.

Why are these three still on the US market when there is not ONE SINGLE STUDY demonstrating overall health benefits for women?

The literature clearly shows that Provera© significantly increases the risk of breast cancer, while bioidentical progesterone has shown no increase or decrease in breast cancer risk. Provera has an extensive list of side effects, all of which are the opposite actions produced by progesterone, and has no benefit over the use of progesterone. Why has the FDA not removed from market or restricted the use of this proven cancer-causing agent when a much safer alternative is available?

Medical professionals have been duped for a long, long time when it comes to hormone replacement. Many of the current practice standards have been established on marketing and not scientific research.

We were told many years ago that if a woman had hot flashes that we could give her Premarin to control them; and if there was any doubt about estrogen levels, we could measure FSH to assess estrogen need.

In the medical textbook, “Clinical Gynecologic Endocrinology and Infertility,” by Speroff, referred to as “the bible of the OB-GYN, it states that you cannot use FSH to titer estrogen dosage. This is because FSH is not controlled by estrogen, but by inhibin, a hormone released by the corpus luteum. FSH goes up as a result of anovulation and lack of development of the corpus luteum and secretion of inhibin, not a decrease in estrogen.

Wyeth Pharmaceuticals information to test FSH to determine the need for Premarin© not only ignored, but contradicted, a women’s physiology as established in the medical references.

We were marketed to under the guise of science, in order to get manufactured products into common use. As integrative physicians we must continue to ask questions, look deeper and reestablish best practices based on science—not marketing.