Nutrition for Insulin Resistance and Diabetes

One of the toughest aspects of insulin resistance and diabetes is the fact that it’s influenced by so many factors.  Genetic predispositions can increase an individual’s likelihood to manifest diabetes, and this factor is felt by many to be uncontrollable.  While the genetic factors themselves are not, the manifestation of the disease state in each individual is controllable at least to a degree.  For these individuals, controlling the factors that increase the risk of developing the disease are more critical, including nutritional supplementation.  Although the most important controllable factors in fighting development of insulin resistance or the presence of adult onset diabetes are diet and exercise, there are a number of nutritional supplements that can be beneficial for patients with these conditions.

With all the alternatives, how do you decide which supplements each of your patients should be taking? As a general rule, for any patient who shows developing insulin resistance I recommend (in addition to avoiding high glycemic index foods, a Mediterranean diet and regular exercise) the following:

For patients who already are diabetic or feel that may soon become diabetic, I also suggest a product like Ortho Molecular’s Glycemic Foundation. It adds Chromium, Vanadyl Sulfate, Alpha Lipoic acid to the above regimen plus has a blend of proteins, gums and a fiver source which help maintain a full feeling and control glucose levels.  I also suggest these patient eat only low glycemic index foods.

I have found that most patients do not need to continue the added supplements IF they can lose weight, and then maintain a good weight. If they will give up all sugar (including the tough one – alcohol) until their weight lose plateaus, then give up all grains in addition to sugars until again their weight lost plateaus, and then increase exercise until they reach their desired weight, then they can discontinue the added supplements for insulin resistance/diabetes.  But that is a tough assignment for many people, so I reinforce how important the supplements are in protecting them at least to some degree,  from themselves.

Jim Paoletti, BS Pharmacy, FAARFM, FIACP, is a Clinical Consultant with over 30 years of experience creating and using bio-identical hormone therapies in both retail pharmacy and clinical practice. Jim is a Diplomat in Functional Medicine in addition to being a former faculty member for the Fellowship of Functional Medicine. Jim is also author of the book “A Practitioner’s Guide to Physiologic Bioidentical Hormone Balance.”

At Power2Practice, he applies his wealth of knowledge and experience by hosting live webinars and creating useful content, such as blogs, podcasts and clinical support tools.

Watch This Video to See the Many Ways Power2Practice Will Help Your Integrative Practice Thrive! 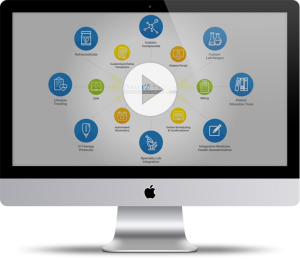