The Centenarians’ Secret – Successful Aging to 100 & Beyond

Home » Blog » The Centenarians’ Secret – Successful Aging to 100 & Beyond 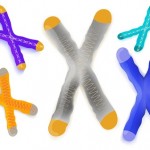 Scientists have cracked the secret of why some people live a healthy and physically independent life over the age of 100.

For years now, patients who have seen me, people who know me, and doctors who have heard me lecture have heard me screaming about inflammation; what it is, what causes it and how to reduce it in the body.

For the first time, a team of experts from Newcastle University’s Institute for Aging and Keio University School of Medicine, Tokyo, explored which biological and pathological processes may be the most important for living to 100 and beyond…

To live past 100, we must keep inflammation down and telomeres long.

Professor Thomas von Zglinicki, from Newcastle University’s Institute for Aging, led the UK part of the study. He said:

“Centenarians and supercentenarians are different – put simply, they age slower. They can ward off diseases for much longer than the general population.”

In groups of people aged 105 and over (semi-supercentenarians), those 100 to 104, those nearly 100 and their offspring, the team measured a number of health markers which they believe contribute to successful aging, including blood cell numbers, metabolism, liver and kidney function, inflammation and telomere length.

Scientists expected to see a continuous shortening of telomeres with age. What they actually found was that the children of centenarians—who have a good chance of becoming centenarians themselves— maintained their telomeres at a ‘youthful’ level corresponding to about 60 years of age even when they aged to 80 and older.

The data reveals that once you’re really old, telomere length does not predict further successful aging. However, it does show that those who have a good chance to become centenarians and those older than 100 maintain their telomeres better than the general population. This suggests that keeping telomeres long may be necessary, or at least helpful, to reach extreme old age.

Centenarian offspring maintained lower levels of markers for chronic inflammation. These levels increased in everybody with age including centenarians and older, but those who were successful in keeping them low had the best chance to maintain good cognition, independence and stay alive for longer.

It has long been known that chronic inflammation is associated with the aging process in younger, more ‘normal’ populations, but it’s only very recently we could mechanistically prove that inflammation actually causes accelerated aging in mice.

This study, showing for the first time that inflammation levels predict successful aging even in the extreme old, makes a strong case for assuming that chronic inflammation drives human aging too.

The study showed that over a wide age range, including unprecedentedly large numbers of the extremely old, inflammation is an important driver of aging that might be something we can develop a pharmacological treatment for.

The research data was comprised from 1,554 individuals, including 684 centenarians and supercentenarians, 167 pairs of offspring and unrelated family of centenarians, in addition to 536 very old people.

The total group covered ages from around 50 up to the world’s oldest man at 115 years.

The study’s aim was to identify biological factors that predict successful aging at extreme old age, and to see whether improved performance in these factors would already be recognizable in centenarian offspring.

It is hoped that understanding the factors determining extreme longevity may help to achieve extended healthy lifespan for the wider population and to close the gap between the fastest and the slowest aging population groups.

Overall, the results suggest that suppression of chronic inflammation might help people to age more slowly.

However, presently available potent anti-inflammatories are not suited for long-term treatment of chronic inflammation because of their strong side effects. Safer alternatives could make a large difference for the quality of life of older people.

Of course, there are MANY natural methods for lowering inflammation:

Many individuals grow old because medicine helps people to survive and live with multiple diseases and dependencies. But really, how many of our patients want to grow old just to be disabled with lowered quality of life? The journey starts NOW! 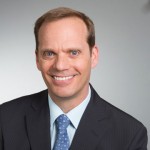