Last year, I had the opportunity to attend an International Conference on IV Nutrition. One theme that resonated throughout the entire conference was: “A Healthy Cell = a Healthy Person.

Whether our patients are experiencing fatigue (nutrient deficiencies), infections (like Lyme’s), mental health issues (like depression), or inflammation (like heart disease), we as physicians must bring awareness to how dietary choices affect health—positively and negatively.

In fact, traditional medicine has not made much headway into the above areas, especially when they become “chronic.” Let’s be clear: “Chronic” means that the patient isn’t getting better. This term implies that physicians are failing to help patients overcome the underlying etiology of the symptoms.

So, what are we as physicians missing?

When discussing Mental Health, here are “the facts:”

Whether we are talking about anxiety, depression, stress or mania, we are talking on some level about nutrient deficiencies and/or genetic predisposition. Research shows that some of the mental health problems we face can be treated with nutrition.

And, recent meta-analyses have shown that antidepressants have no clinically meaningful advantage over placebos and that the effectiveness of antidepressant drugs has probably been overstated.

Having been an Emergency Room doctor for the first 10 years of my career, I had the opportunity to see firsthand patients in crisis. The sedatives I prescribed at the time of crisis weren’t for the patient, it was to ensure the safety of the crew in the ER and make sure that we could transport that patient without problems to a more appropriate unit.

Still, in medicine, is there a place for anti-depressants and sedatives?

There is no evidence whatsoever that antidepressants reduce the risk of suicide or suicide attempts in comparison with placebo in clinical trials.

On the contrary, in a recent analysis of the data that compensated for erroneous methodologies, Dr. Grace Jackson found that antidepressants increased the risk of suicide by two to four times in adults, and by three times in children.

Furthermore, recent sharp increases in antidepressant use have been accompanied by increased prevalence and duration of depressive episodes along with rising absence due to sickness (Patten 2004).

Naturalistic studies have also shown that depressive episodes are more frequent and last longer among antidepressant users than among nonusers, and that sickness absence is more prolonged (Moncrieff 2006).

Finally, long-term follow-up studies show very poor outcomes for people treated for depression with drugs, and the overall prevalence of depression is rising despite increased use of antidepressants (Fombonne 1994)

What is clear as glass is that evaluation of a patients nutritional status (especially the amino acids from which all neurotransmitters are derived) in conjunction with stress management, sleep therapy and group therapy all have profound effects on patients suffering from any mental illness.

Not only do we all need to get enough of these healthy amino acids into our diets, we need to be able to absorb them from the GI tract, as well as be able to convert them into the proper neurotransmitters.

People with unhealthy guts, for whatever reason, are often amino acid deficient.

Vitamin B6 (Pantothenic acid) is one of the most important vitamins required in converting these amino acids into neurotransmitters.

If you are interested in discovering whether your patients are getting enough amino acids, vitamins and required nutrients into their bodies, both Genova and SpectraCell have excellent nutrient tests that I recommend. 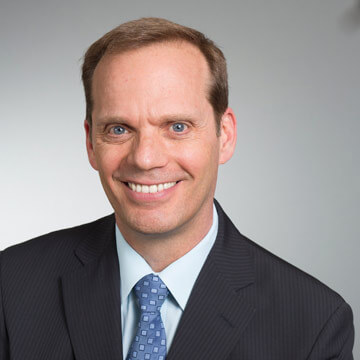 Dr. Paul Savage founded Power2Practice in 2011 and is currently serves as the Chief Medical Officer. He graduated from the University of Michigan Medical School in Emergency Medicine and later earned his board certification in Integrative Medicine at George Washington University.

Since 2004, he has practiced integrative medicine exclusively and is considered by many as one of the world’s foremost authorities in the area of integrative metabolic medicine (IMM), including bioidentical hormone therapy.

Dr. Savage is currently Founder and President of Chicago Integrative Care where he practices medicine. He continues to lecture worldwide and frequently provides expert insights on hormone therapy to major news media.